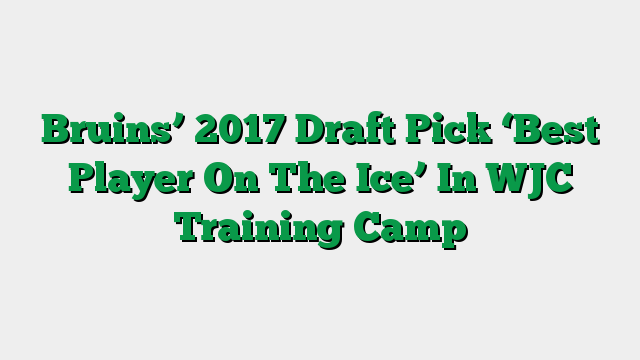 When the Boston Bruins selected Jack Studnicka with the 53rd overall pick in the 2017 NHL Entry Draft, the belief was that the Canadian center would need a couple more years to develop in juniors before being ready to make the jump up to the professional ranks.

But Studnicka has taken his game to the next level since his name was called on draft day.

The 19-year old currently is skating with Team Canada in training camp for the World Junior Championships, which will be held at the end of the month, and caught the attention of TSN’s Bob McKenzie after scoring a pair of goals in a warmup game Wednesday night. Studnicka was centering Canada’s top line …