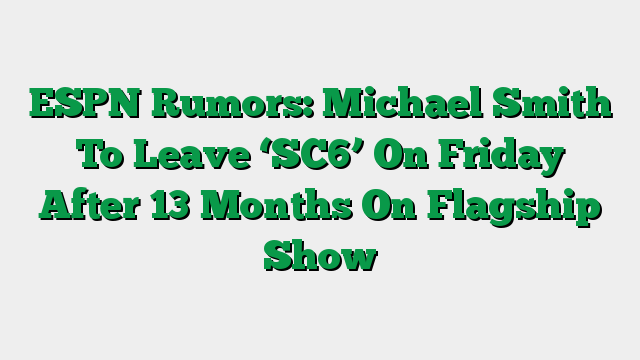 Michael Smith is about to draw the curtain on his “Sportscenter” tenure.

The host of ESPN’s 6 p.m. edition of “Sportcenter” will leave the show Friday, according to Sports Illustrated’s Richard Deitsch. Smith’s departure will follow that of Jemele Hill, who left “SC6” in January for a role with “The Undefeated,” an ESPN microsite that focuses on sports, race and culture, and other reporting assignments. Smith’s ESPN contract runs for “multiple” years, and he’ll reportedly craft another position for himself in the company in the coming months.